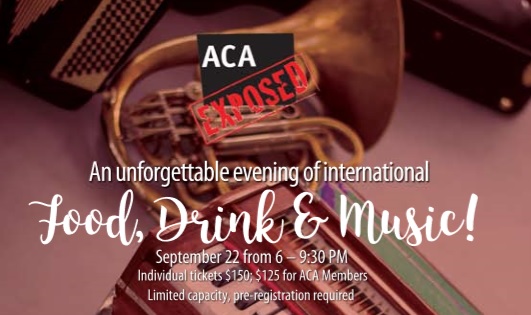 Atlantic Center for the Arts is teaming up with the world-renowned OneBeat, one of our most captivating partners, to present an unforgettable evening of international food, drink, and music! Experience the global sounds of the OneBeat Fellows and sample the originality of award-winning chefs as they incorporate the flavors of these musicians’ home countries for an evening of culinary delight and a riveting performance at ACA Exposed, Saturday, September 22, 6 PM – 9:30 PM. 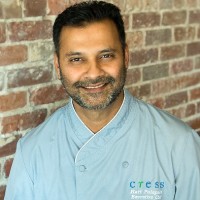 Chef Hari Pulapaka – Cress Restaurant, DeLand
Chef Hari Pulapaka has been nominated four times for a James Beard Best Chef award, has a Ph.D. in Mathematics and is also an active, full-time tenured Associate Professor at Stetson University. Hari is an author, sustainable food system advocate, and chef/co-owner of Cress Restaurant for over a decade. Chef Hari has been featured at the prestigious James Beard House on six occasions and most recently, at the 2018 James Beard Awards in Chicago. 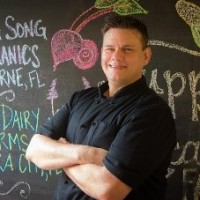 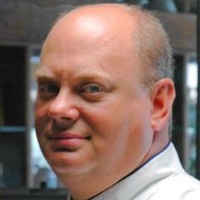 Chef Bram Fowler – The Old Jailhouse Restaurant and Bar, Sanford
Born and raised in South Africa, Chef Bram discovered his passion for creating food at a young age and traveled the world inspired by cuisine. As the owner of the renowned Journeys Restaurant, Fowler was a three-time winner of the Chef Challenge Competition at Le Cordon Bleu College of Culinary Arts, was awarded “Best Overall Restaurant in Orlando”, “Best Independent Restaurant” and named one of Central Florida’s “Top Chefs”. Chef Bram was honored to be featured at the prestigious James Beard House in 2014. In 2017, Fowler took on the role of Executive Chef and Director of Operations of The Old Jailhouse. Set to open late 2018, this 1890 jail building will transform into a chef driven, full service restaurant and bar with a focus on “Sun Belt” cuisine. 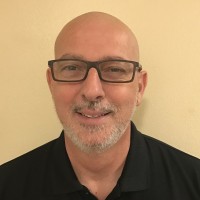 Serge Sorese is the owner and Chef at Mon Delice French Bakery. A native of France and son of restauranteurs, he discovered his culinary skills early in life. Since 1992 he has been serving authentic French tastes including pastries, bread, pies and cakes to locals and visitors alike.

Click here for full information and to purchase tickets.