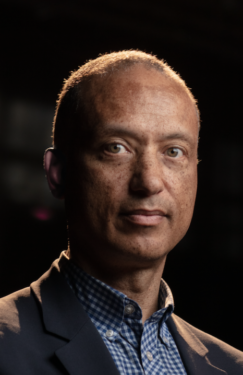 Philip Ewell is a professor of music at Hunter College of the City University of New York, where he is Director of Graduate Studies in the Music Department. He is also on the faculty of the CUNY Graduate Center, where he recently received the 2020–2021 “Graduate Center Award for Excellence in Mentoring,” which recognized his “ongoing, long-term, commitment to students at all stages of graduate research.” He was named the “Susan McClary and Robert Walser Fellow” of the American Council of Learned Societies for 2020–2021 in light of recent work in critical-race studies in music. As a result of this ACLS grant, he is working on a monograph—under contract at the University of Michigan Press’s Music and Social Justice series—that examines race, gender, and other identities in American music theory. Ewell is currently serving as “Virtual Scholar in Residence” at the University of Pacific’s Conservatory of Music for 2020–2021. Finally, he is coauthoring a new music theory textbook, The Practicing Music Theorist—under contract with W.W. Norton—that will be a modernized, reframed, and inclusive textbook based on recent developments in music theory pedagogy.

One of the main goals of my recent work in critical-race and feminist studies is to dismantle white structures and male structures in the academic study of music in the United States. In so doing I strive to make this study more welcoming and inclusive to those who have been shut out for so long. There are, broadly speaking, two paths to chart in this endeavor, one easier, one harder. The easy path entails finding musical figures who were not white cisgender men who have been erased from history and then adding them to existing frameworks. The harder path lies in uncovering the ugly past in which white cisgender men sought, quite actively at times, to marginalize those who had other identities. This is the ugly past of America’s white supremacist patriarchy, which we Americans are finally discussing more openly than we have, possibly, at any time in our past. This is the ugly past that erected racist and sexist structures in the academic study of music in the U.S., structures that are unjust by their very nature, precisely the structures I seek to dismantle.

I welcome artist-applicants who share these goals. As an author, academic, educator, public speaker, and performing musician myself, I imagine my associate artists could be any of those, as well as anyone who is plugged into the academic study of music, or music performance and production writ large. I’d like to have a broad base of interest so that we might all learn from each other. We might act as something of an antiracist/antisexist musical thinktank, developing existing ideas and hatching new ones together. Examining how all notable American musical genres and styles—Appalachian, bluegrass, blues, classical, country, disco, ethnic, funk, global, gospel, hip-hop, indigenous, jazz, metal, pop, punk, rap, rock, soul, and so many others—can be represented together in music studies and in American society will be top of mind for our group.

In terms of how we might work, I envision both group meetings and plenty of individual sessions as well. Your projects might be academic (articles, books), pedagogical, performance-oriented, public media-based (podcasts, video docs), or representative of any other outlook that touches on academic music in the States. I am deeply committed to the intersectionality of all marginalized groups, so applicants whose projects confront not only racism and sexism but also ableism, antisemitism, classism, homophobia, islamophobia, transphobia, among others, are encouraged to apply. Finally, anyone, of any identity—yes, white cisgender men as well—is welcome in my studio.

Residency Fee: Waived for this Residency (Includes weekday meals and housing; does not include artist materials, transportation, or weekend meals.)