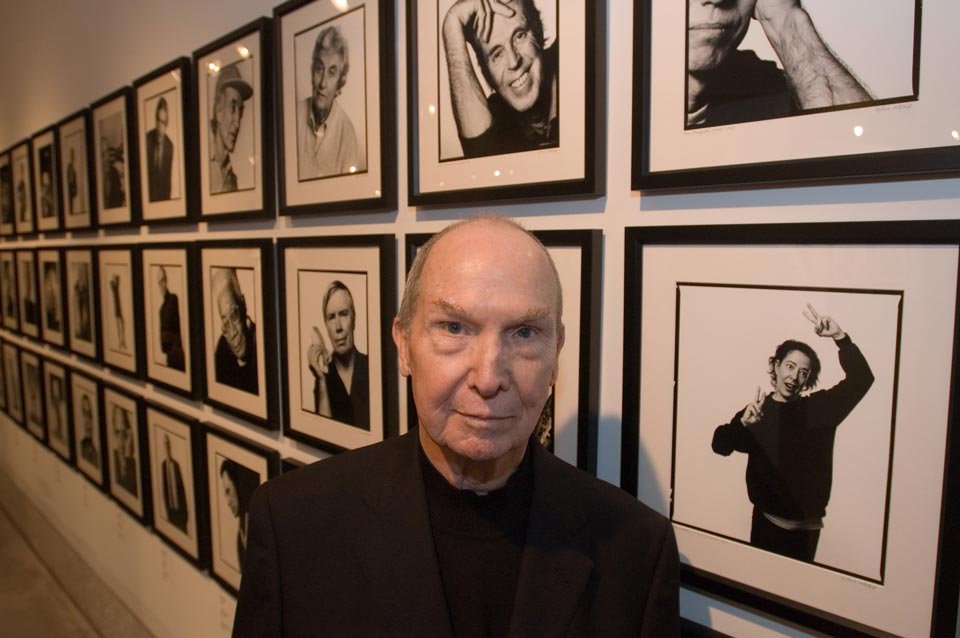 The Jack Mitchell Portrait Gallery showcases 180 Artist photographs spanning 22 years, from Atlantic Center for the Arts inaugural residency in 1982 to the end of 2004. These works are stunning images and collectively they convey the history of ACA artists-in-residence program in an elegant and striking way. The 16” x 14” black and white portraits are a part of Atlantic Center for the Arts permanent collection.

View an excerpt from Jack Mitchell’s documentary to learn more about his life chronicling the arts.

Jack Mitchell, American photographer and author, was best known for his photographs of American artists, dancers, film and theatre performers, musicians and writers.  Through this film, Director Craig Highberger follows Mitchell’s acclaimed career as a pivotal photographer of the arts for more than five decades. With hundreds of beautiful images and interviews with luminaries including playwright Edward Albee, Broadway star Patti LuPone, critic Clive Barnes, dance greats Merce Cunningham, Judith Jamison, and Kevin McKenzie, and author/composer Ned Rorem, among others, Highberger reveals Mitchell’s fascinating life and the art world he documented for Dance Magazine, The New York Times, After Dark and countless other publications.

An excerpt written by poet and art critic, John Yau included in the book ICONS & IDOLS: A PHOTOGRAPHER’S

CHRONICLE OF THE ARTS (1960-1995) organized by Atlantic Center for the Arts best tells his story.

Mitchell’s bodies of work include the photographs he has taken of Alvin Ailey and his company of dancers; ten years of photographs of Gloria Swanson; portraits of Beverly Sills, Luciano Pavarotti, Montserrat Caballé and other opera stars, both in and out of costume; all the photographs he did for Dance Magazine; his more than five thousand special assignments for newspapers and magazines; his photographs of Andy Warhol and others, such as Candy Darling, the transvestite superstar, who were in his circle; his photographs of artists such as Alex Katz, Jasper Johns, Ellsworth Kelly, Philip Pearlstein, Roy Lichtenstein, Louise Nevelson, Julian Schnabel, and Eric Fischl. His multiple exposures of the mime Marcel Marceau and the conductor James Levine ring absolutely true. This is just the tip of the iceberg. For Mitchell worked in New York for forty-five years, and I am sure he never went a day without taking more than one photograph.