Breaking Boundaries: Exploration and Collaboration at Atlantic Center for the Arts 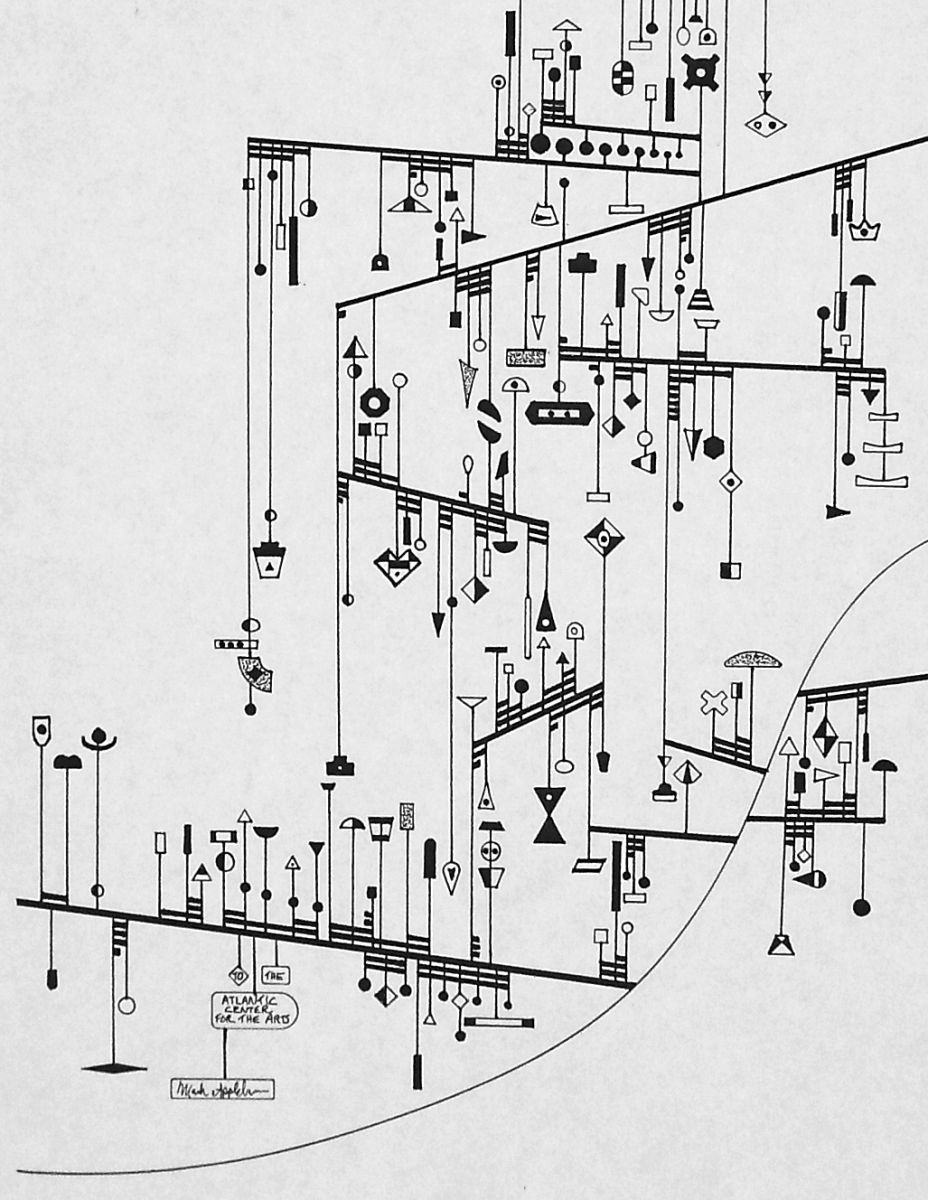 In 1997, a portfolio of original, signed works by former Master Artists in residence was amassed to commemorate the 20th anniversary of the founding of Atlantic Center for the Arts. The portfolio’s theme, Breaking Boundaries, reflected the creative process, the essence of Atlantic Center’s mission. The collection, which grows as the roster of artists-in-residence grows, includes over 150 works of art ranging from musical scores and recordings to audio poems and dance videos, from edited manuscripts and photographs to sketches and studies.

“Perhaps the most extraordinary thing about the Breaking Boundaries exhibit is what is not on display,” wrote Edward Albee (b. 1928 – 2016), chair emeritus of Atlantic Center’s National Council and former Master Artist-in-Residence, in his introduction to the exhibition catalogue. “It is an assemblage of the invisible, the implied, the suggested, the hinted-at, a route map if you will.”

The collection serves as a rare illustration of contemporary art at the end of the 20th century. It also represents an invaluable tribute to Atlantic Center and is an exceptional portrayal of its history and philosophy. Breaking Boundaries: Exploration and Collaboration at Atlantic Center for the Arts expresses the spirit behind an artists’ community, where intellectual exchanges flourish, artistic souls are nourished, and the freedom to experiment provides limitless opportunity.

“The musical scores are some of this show’s most visually striking works. Terry Riley’s autograph score for A Rainbow in Curved Air is a minimalist masterpiece it its own right,” wrote Orlando Sentinel arts writer Philip Bishop (b. 1952 – 2010). “There are more finished and conventional works of visual beauty: blue pansies by Donald Sultan, a pencil drawing by Philip Pearlstein, but this show is about the messy and exhilarating process of art – the daily labor of artistic creativity.”