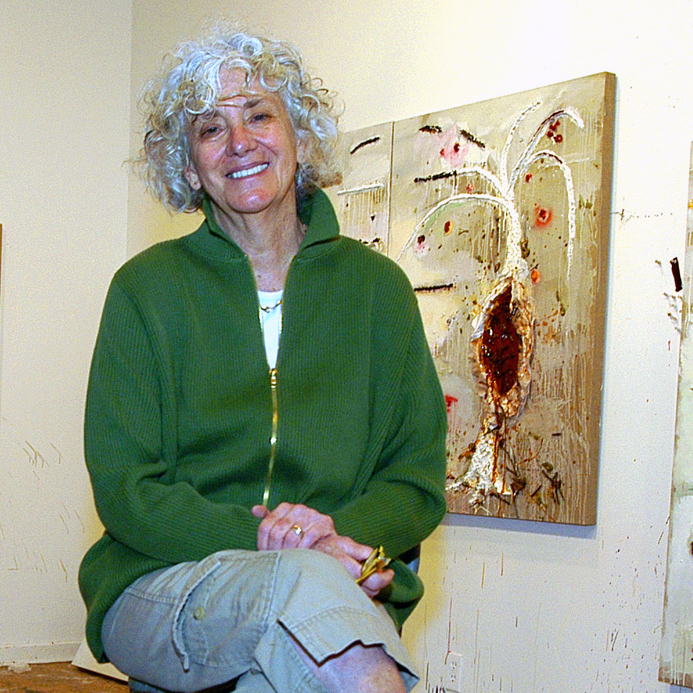 Illustrated Talk followed by Q & A.

Born April 16, 1940, in Highland Park, NJ, Joan Snyder received her A.B. from Douglass College in 1962, and her M.F.A. from Rutgers University in 1966. Snyder has been the recipient of several awards, including a National Endowment for the Arts Fellowship in 1974, a John Simon Guggenheim Memorial Fellowship in 1983, and a MacArthur Fellowship in 2007. Snyder currently lives in Brooklyn and Woodstock, NY.

Joan Snyder first gained public attention in the early 1970s with her gestural and elegant “stroke paintings”, which used the grid to deconstruct and retell the story of abstract painting. By the late 70s Snyder abandoned the formality of the grid. She began to more explicitly incorporate symbols and text, and the paintings took on a more complex materiality. These early works were included in the 1973 and 1981 Whitney Biennials and the 1975 Corcoran Biennial. Often referred to as an autobiographical or confessional artist, her paintings are essentially narratives of both personal and communal experiences. Through a fiercely individual approach and persistent experimentation with technique and materials, Snyder has extended the expressive potential of abstract painting and inspired generations of emerging artists.

In 2005, The Jewish Museum in New York City presented a 35-year survey of her work, which then traveled to the Danforth Museum of Art, accompanied by a monograph, Joan Snyder, with an introduction by Norman Kleeblatt and essays by Hayden Herrera and Jenni Sorkin. In 2011, Dancing With The Dark: Joan Snyder Prints 1963-2010, a travelling exhibition of Snyder’s prints opened at the Zimmerli Art Museum in New Jersey, accompanied by a comprehensive exhibition catalogue with essays by Faye Hirsch and Marilyn Symmes, co-published by DelMonico Books/Prestel and Zimmerli Art Museum.