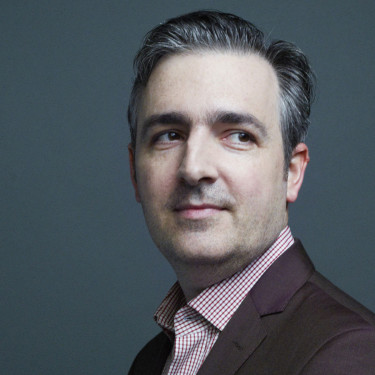 Build your own Labyrinth: Using Constraints to Challenge and Surprise Yourself

The driving force behind my art over the last fifteen years has been the motor of “constraint,” that is, the idea of setting yourself arbitrary, game-like rules. I discovered this way of working from a French literary group called Oulipo (which is an acronym for something like “Workshop for Potential Literature), founded by the novelist and poet Raymond Queneau and his mathematician friend François Le Lionnais in 1960 and counting Georges Perec, Italo Calvino, and Harry Mathews among its (mostly French) members. Queneau described them as “rats who build the labyrinth from which they propose to escape.” The most famous examples of their work include Perec’s La Disparition, a novel written without using the letter e, or Queneau’s One Hundred Million Million Poems, a book of ten sonnets in which all the lines can be rearranged as in a children’s book thus generating more sonnets than it is possible to read in a lifetime.

As a cartoonist, I have found this kind of approach enormously productive. Comics, after all, is a medium founded on constraints. Our very sense of what a comic is—whether a newspaper strip, Sunday page, comic book or web comic—is to a large extent determined by formal characteristics or constraints. Strip length, page size and layout, panel borders, word balloons, decisions about drawing style: these and many other formal considerations are the building blocks from which we create all kinds of work. Taking the cue from Oulipo, I have made comics where each panel visually represents a letter of the alphabet, comics based on poetic structures like haiku and villanelles, and I even devised a “tic tac toe comic” game for two artists in collaboration. My best-known work, 99 Ways to Tell a Story: Exercises in Style (2005) is a one-page comic redrawn 99 times, recast each time in different drawing styles, genres, points of view, and so on.

So, this Oulipo-inspired approach to creation using constraints applies to literature, comics, and virtually all media. In fact, there is a whole network of “ou-x-pos” out there, some of them offshoots of the original group (OuPeinPo, Workshop for Potential Painting), others officially sanctioned “franchises” such as Oubapo, Workshop for Potential Comics (the “ba” coming from the French word for comics, bande dessinée), of which I am a member.

Creating art using constraints is appealing to me on several levels. First and foremost, it’s a way to make the process of creation (and of reading) playful and explorative. You don’t really know where you are going to end up because you are constantly adjusting your expectations as you try to obey some strange rule you’ve set for yourself (and yes, sometimes it’s ok or even necessary to break that rule). Secondly, setting myself rules and obstacles has been useful in helping me to avoid clichés: when we write off the top of our head we rarely come up with fresh ideas; constraints challenge us to work past clichés by putting us in difficult and unfamiliar territory. Constraints are also a great way to get jump started on a new project and to overcome that dreaded fear of a blank page and its vertigo-inducing freedom. When you give yourself a constraint, even a simple one like for example “draw a self-portrait using only straight lines” your focus shifts from anxiety and self-doubt to concrete problem-solving. It’s no guarantee that you’re going to make a great art but it gives you something to wrestle with, a goal to aim for. In the best instances, the final work will surprise you and you will wonder how you ever managed to pull it off.

During my residency, I would like to work with narrative artists in any medium who are interested in exploring constraints as a way of generating art. Comics are my main mode of work but I am also very interested in other kinds of visual narrative, in film/video, and in literature. Maybe you have played around with these kinds of ideas before and would like to delve deeper into constraints and the ideas behind them or maybe this text is the first time you’ve ever heard of Oulipo and their eccentric notions. You’ll find that working with constraints is a flexible approach that will interact with your practice in any number of ways. For some, a constraint might simply be a helpful kick starter for a new project. Others will feel compelled to follow me down the rabbit hole and let the constraint guide and push you through an entire work. I look forward to accompanying you on these different kinds of journeys no matter where they take you.