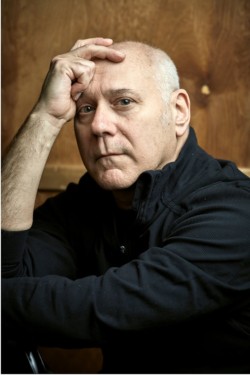 We are very hopeful that we will be able to hold Residency #180 and have waived the application fee. Also, due to COVID-19 and the immense stress it has put on artists, ACA will be offering FULL scholarships to all accepted artists! The Board of Trustees and staff feel protecting our core mission is paramount, and are grateful to the Pabst Steinmetz Foundation for allowing us to make this commitment to funding exceptional artists during these times.

Award-winning choreographer and director, Doug Varone works in dance, theater, opera, film, and fashion. He is a passionate educator and articulate advocate for dance. By any measure, his work is extraordinary for its emotional range, kinetic breadth and the many arenas in which he works. His New York City-based Doug Varone and Dancers has been commissioned and presented to critical acclaim by leading international venues for over three decades. Since its founding in 1986, Doug Varone and Dancers has commanded attention for its expansive vision, versatility, and technical prowess. On tour, the company has performed in more than 125 cities in 45 states across the U.S. and in Europe, Asia, Canada, and South America. Stages include The John F. Kennedy Center for the Performing Arts, Lincoln Center, Brooklyn Academy of Music (BAM), London’s Queen Elizabeth Hall, Moscow’s Stanislavsky Theater, Buenos Aires’ Teatro San Martin, the Venice Biennale, and at Jacob’s Pillow, American Dance Festival and Bates Dance Festival. Varone, his dancers, and designers have been honored with 11 New York Dance and Performance (“Bessie”) Awards.

In the concert dance world, Varone has created a body of works globally.  Commissions include the Paul Taylor’s American Modern Dance Company, The Limón Company, Hubbard Street Dance Chicago, Rambert Dance Company (London), Martha Graham Dance Company, Dancemakers (Canada), Batsheva Dance Company (Israel), Bern Ballet (Switzerland) and A Creative (Japan), among others.  In addition, his dances have been staged on more than 100 college and university programs around the country.

In opera, Doug Varone is in demand as both a director and choreographer.  Among his four productions at The Metropolitan Opera are Salome with its Dance of the Seven Veils, the world premiere of Tobias Picker’s An American Tragedy, Stravinsky’s Le Sacre du Printemps, designed by David Hockney, and Hector Berloiz’s Les Troyens. He has staged multiple premieres and new productions for Minnesota Opera, Opera Colorado, Washington Opera, New York City Opera, and Boston Lyric Opera, among others.  His numerous theater credits include choreography for Broadway, Off-Broadway and regional theaters across the country.  His choreography for the musical Murder Ballad at Manhattan Theater Club earned him a Lortel Award nomination. Recent projects include directing and choreographing MASTERVOICES production of Dido and Aeneas at NY’s City Center, starring Tony Award winners Kelli O’Hara and Victoria Clark, and staging Julia Wolfe’s Pulitzer Prize winning oratorio, Anthracite Fields for the Westminster Choir and the Bang on a Can All-Stars.

Varone received his BFA from Purchase College where he was awarded the President’s Distinguished Alumni Award in 2007.  Numerous honors and awards include a John Simon Guggenheim Fellowship, an Obie Award (Lincoln Center’s Orpheus and Euridice), the Jerome Robbins Fellowship at the Boglaisco Institute in Italy, two individual Bessie Awards. In 2015, he was awarded both a Doris Duke Artist Award and the Lifetime Achievement Award from the American Dance Guild.

I am interested in building a community of artists and exploring how we create, why we create and how our environment drives us to make choices. Our time together will involve discussions about the importance of our dance making in this current climate, how we collaborate with other artists and the questions we deeply ask ourselves. I am looking for dance makers of every level who are interested in exploring new territory in their craft making. Together, both individually and collectively we will investigate new modes of creating on ourselves and others. Come with a project in mind or already in process.

(Your materials may be submitted in any of the following file formats; mp3, .doc, .docx, .pdf). Please, no more than 5 mb per file.

To be considered, please include the following items: