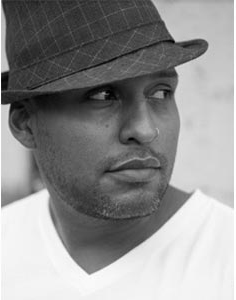 The son of an African-American father and a Mexican mother, poet and playwright John Murillo grew up in Los Angeles. He was educated at Howard University and New York University, where he earned an MFA. Murillo makes use of both formal and free verse as he engages themes of family history and personal identity. In a Q&A with the Poetry Society of America, Murillo states, “I write, first of all, in the tradition of the witness.”

Murillo’s debut poetry collection, Up Jump the Boogie (2010) was a finalist for the Kate Tufts Discovery Award and the PEN Open Book Award, and was also named one of Huffington Post’s “Ten Recent Books of Poetry You Should Read Right Now.” Murillo’s poetry has also been included in Angles of Ascent: A Norton Anthology of African American Poetry (2013, edited by Charles Henry Rowell). His choreo-play Trigger premiered with the Edgeworks Dance Theater in 2011.

Atlantic Center for the Arts’ your word Teen Creative Writing Residency is a one-of-a-kind, multi-genre summer writing residency that offers 9th through 12th grade writers workshops and mentorship by distinguished authors in poetry, fiction, and genre writing, on the grounds of a breathtakingly beautiful ecological preserve.

your word Teen Creative Writing Residency will be held from July 24 through Aug 6, 2016, offering 24 participants an extraordinary opportunity to explore and expand the power of their individual voices through writing workshops. The program will take place at Atlantic Center for the Arts, an artists’ community on the east coast of central Florida.