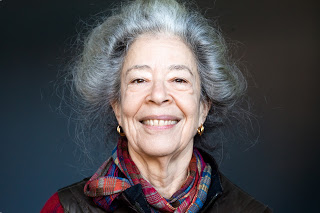 Presentation followed by Q & A

Hay was a founding member of Judson Dance Theater. In 1970 she moved to northern Vermont where she began a period of reflection about how dance is transmitted and presented. She now lives in Austin, TX.

Moving through the Universe in Bare Feet, 1974

In 2009 Deborah received an Honorary Degree of Doctor of Dance from the Theater Academy in Helsinki. In 2012 she was one of the inaugural group of Doris Duke Artists Awards. On May 5, 2015 she was awarded the CHEVALIER DE L’ORDRE DES ARTS ET DES LETTRES.