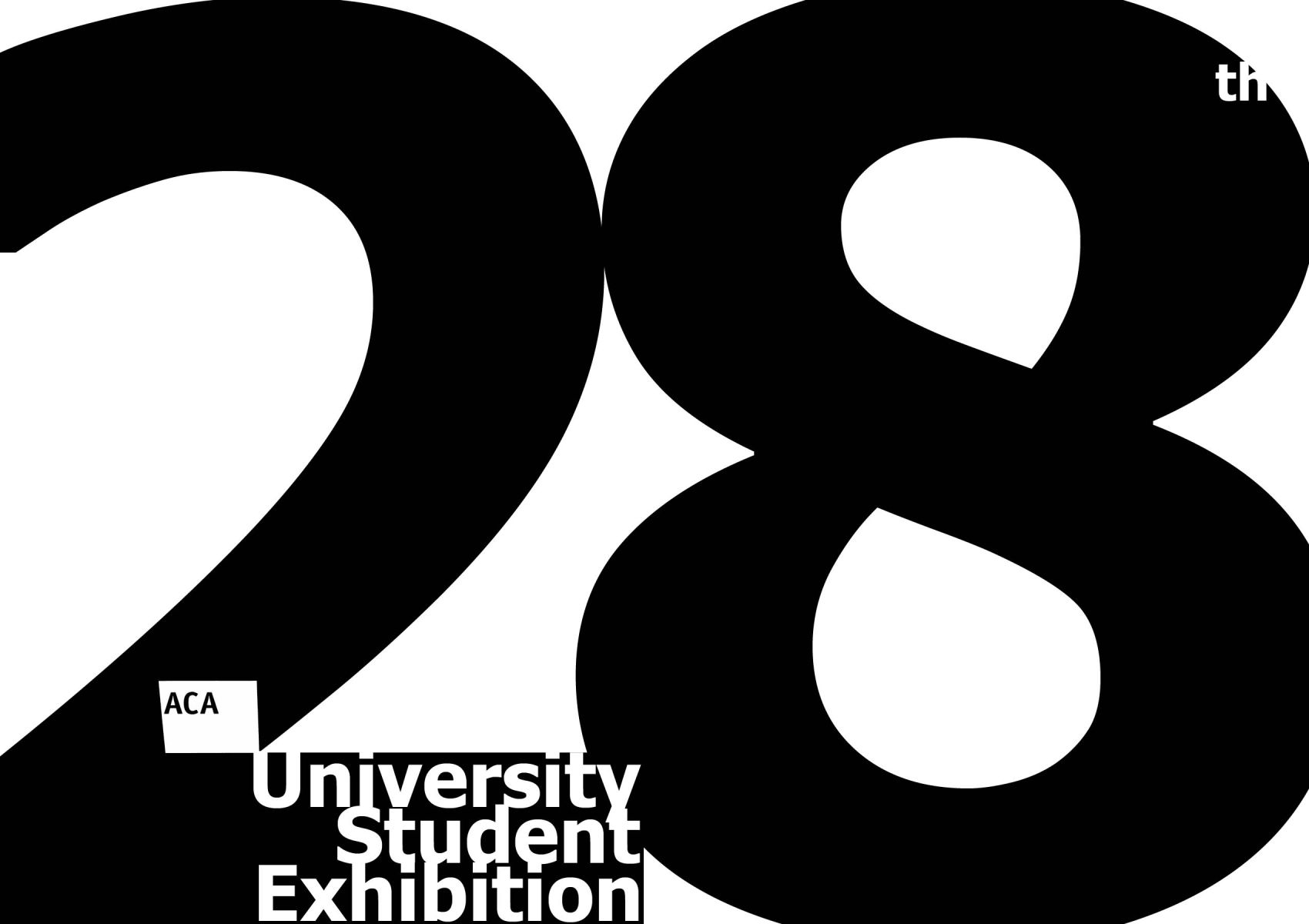 For 28 years, Atlantic Center for the Arts has recognized the outstanding work being produced by undergraduate art majors from Florida’s state-wide university system.

Desiree Gerlach – University of Florida
My work generally discusses human relationships, be it the relationship between individuals, the relationship between humans and their environment, or relationships as they span or transcend time. Most recently, I’ve started exploring how digital developments and technologies have impacted these relationships. Occasionally the pieces I make deal with personal relationships that I’ve observed, or invaded, as a third party. Most of my pieces are initially based on an individual, subjective experience, which I then attempt to relate to a larger issue or phenomenon. I also frequently question humanity’s relationship to nature and similar broader concepts. The methodology and materials used in my work are fairly varied, as is my subject for each piece.

Hunter Jackson – University of North Florida
The word identity and its connotations, everything the word implies and carries, isn’t as black and white as it was in the past. As a multiracial woman, I have both been denied certain experiences within the black and white communities; but have had the opportunity to partake in those that a majority of society will never be able to.
Using the medium of ink and masking liquid to achieve high contrast and a wide range of tones, my work is symbolic of the world women of color exist in. It encompasses the injustices they face due to the stigmas placed on them. The variation of black, white, and grey is conducive to my narrative while the faceless figures act as a mirror for the viewer to visualize themselves in.

Chloé Rager – University of Florida
How can artifice reveal something to be true? Institutional buildings, theatrical sets, strip malls, and sacred spaces connect themselves through their use of a facade. Such spaces are inhabited, traversed, and revered. I take up these spaces as intersections of culture and phenomenon. My sculptures and installations use the facade and materials from these spaces to focus on visual and societal spectacles.
I utilize a combination of site-specific materials and light to reveal objects as inscribed with meaning. Burglar bars as sociopolitical or marble as hallowed. Light: a material inseparable from spectacle. Proclaiming, “it is happening here and now!” This visual language of spectacle is used to take up existing paradigms, shifting them to make poignant commentaries.
My work frequently addresses phenomenon and cultural infrastructure. In both instances, I am interested in exploring experience. I have a practice that is strongly influenced by the relationships that exist between light, space, and perception. Flashes of technicolor and interrelated materials present themselves regularly. My current artwork examines these spectacles as the veneer to the culture of capitalism. Juror’s Statement
I’m very happy and humbled to make the selection for this year’s University Student Exhibition at Atlantic Center for the Arts.
At first it seemed to me as if an interest in exploring found objects, places, or people united these four artists — but the more time I spent with the work, the more mysterious aspects of each artist kept appearing.
Chloé Rager is a contemporary archaeologist and alchemist, merging found objects with sculptural ingenuity. One can recognize the steel fencing from the side of a building or home — but in its minimal configuration it becomes sanctified. Similarly, Desiree Gerlach’s videos are familiar… and yet not. Residue explores an interior with unease and enchantment, as if you were seeing a room for the first time.
Beauty is a disease in Chasity Williams ceramic kaleidoscopes. Paint, clay, yarn, jewels, beads and knick-knacks are adorned into and on her sculptures — and there they proceed to implode classical beauty to grotesque proportions. Somewhere between expressionism, the Saharan Wodaabe tribe, and surrealism, the sculptures challenge our perceived notions of beauty. Hunter Jackson’s raw and bare drawings can also be seen as critiques of form, but made from an opposing stance. By removing the figure, Jackson challenges us to project our own preconceived ideas of bodies in the shadows they leave behind. Rather than William’s maximalist effort, Jackson’s is minimalist, elegant in their own restraint.

About the Juror, Rashawn Griffin
Rashawn Griffin uses diverse materials such as bed sheets, tassels, food, and flora to create large-scale sculpture and paintings.  After receiving a MFA from Yale University in 2005, he has exhibited in multiple solo and group exhibitions in the United States and abroad.  Often pushing the boundaries between object and installation, his work challenges viewers to engage in their own past experiences when confronting his art.  A haunting installation in the 2008 Whitney Biennial, for example, is punctuated by a live audio feed from a field in Kansas, where the artist was raised.  A lumbering garbage bag man/sculpture wanders through a field in To Bring Love/Terrible Things, highlighting his exploration of place, site specificity, and identity.  Griffin’s installations explore the relationship between architecture and the traditions of painting with a series of stretched fabric walls; as the picture becomes the space, the pictorial space highlights the architecture.

Living and working in New York City, he was a 2006 resident of the Studio Museum in Harlem’s AIR program. Along with the 2008 Whitney Biennial, his work has been exhibited widely, including a two-person exhibition at the Studio Museum (RSVP), as well as Freeway Balconies at the Deutsche Guggenheim in Berlin, Germany, and THREADS: Textiles and Fiber in the works of African American Artists at EK Projects in Beijeng, China, curated by Collier Schorr and Lowery Stokes Sims respectively.  Recently the subject of the solo exhibition A Hole-in-the-Wall Country at the Nerman Museum of Contemporary Art in Overland Park, Kansas, as well as participating in the exhibition Minimal Baroque at Rønnebæksholm in Næstved, Denmark.

About Atlantic Center for the Arts
ACA Artists-in-Residence program gives talented artists an opportunity to immerse themselves in intellectual and creative exchanges, and to push the limits of their creative endeavors. Through the annual University Student Exhibition, Atlantic Center honors the outstanding work being produced by Florida’s state university art students.
The selection process for this exhibition begins from within Florida’s nine major state university art departments. Each art department is asked to nominate up to three full-time, undergraduate, degree-seeking students, working in any medium or style. By identifying and promoting these emerging artists, Atlantic Center hopes to focus statewide attention on the high level of creative and experimental work being produced at the college level.