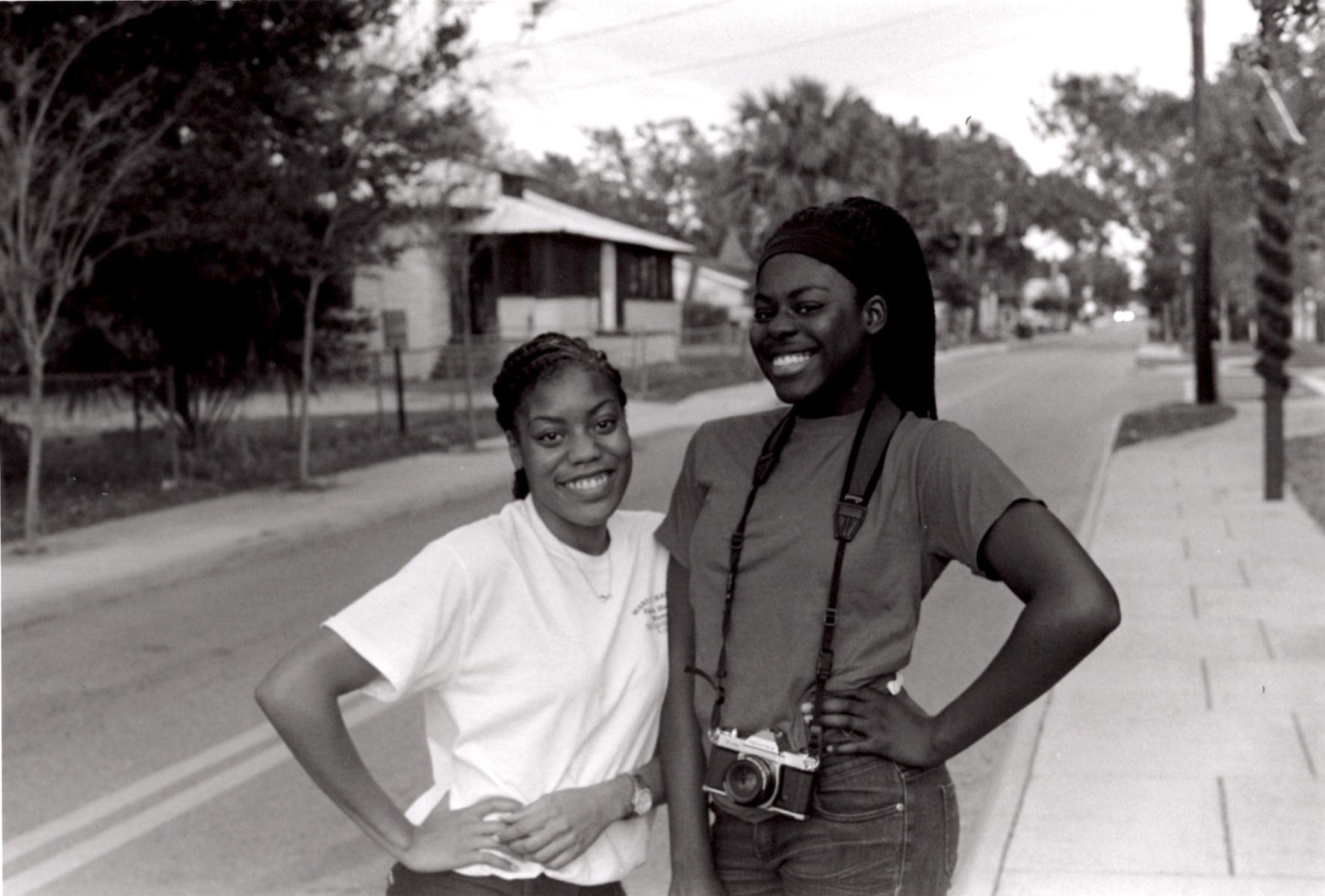 New Smyrna Beach teens give us insight into their changing world.

In Partnership with Crealdé School of Art, Winter Park, FL

Since 1996, the Crealdé Storytellers Teen Documentary Photography Program has given photography instruction to students ages 13 to 17, providing the opportunity for self-expression while exploring the heritage of their community. From urban Orlando to suburban Apopka to rural Geneva, teens from around Central Florida have completed 17 photographic documentary exhibitions to date.

Storytellers 17 took place in the New Smyrna Beach Historic Westside and was a partnership between Crealdé School of Art, a nonprofit community arts organization established in 1975 in Winter Park, and the Mary S. Harrell Black Heritage Museum, housed in the former St. Rita Colored Catholic Mission Church. Built in 1899, St. Rita served the Westside as a church, health clinic and school, until schools were integrated in the 1960’s.

Crealdé Executive Director Peter Schreyer mentored and instructed these students in visual and narrative storytelling using traditional film-based photography. Students took field trips to the art studios and galleries at Crealdé, where they learned how to process film and turn negatives into exhibition-quality photographs in the professional wet darkroom. The photographers also visited Crealdé’s Hannibal Square Heritage Center in the historic African-American neighborhood Hannibal Square in west Winter Park, where they learned about the educational power of collecting oral histories and photographs within their own community. An artist at heart, participant Hannah Green, 13, says that Storytellers has taught her “to know more about the pictures I take. Every picture can come with a story or something interesting about it.” She already enjoyed composing digital photographs with her phone camera, but couldn’t always explain why. Now she is more aware of “the picture itself – it’s mine.”

The images on exhibit at Arts on Douglas are the result of this 10 week intensive program, and showcase the creative vision of the twelve teen participants.  Together with supplemental images by Peter Schreyer and narrative captions offering historical insights, this exhibition is an important collaborative exploration of the heritage of this  African-American community in New Smyrna Beach.

About the Project Creator

Peter Schreyer is an award-winning photographer and educator who has documented Florida’s changing cultural landscape for more than three decades. Since 1995, he has served as the CEO/Executive Director of Crealdé School of Art, where he teaches all levels of photography including documentary and traditional film classes.

Schreyer is the founder of the Hannibal Square Heritage Center in west Winter Park, a cultural facility that opened in 2007 to celebrate the heritage of the historical African-American neighborhood through documentary photography, oral history and public art. In 2016, he and the Hannibal Square Heritage Center were distinguished with a Diversity & Inclusion Award from the Florida Department of State, Division of Cultural Affairs.

As an American photographer with Swiss roots, Schreyer is interested in places, people and communities that convey a sense of cultural identity, history and heritage. It is his hope that his work will motivate others to become more aware of, to respect and to explore their own community’s history and heritage.