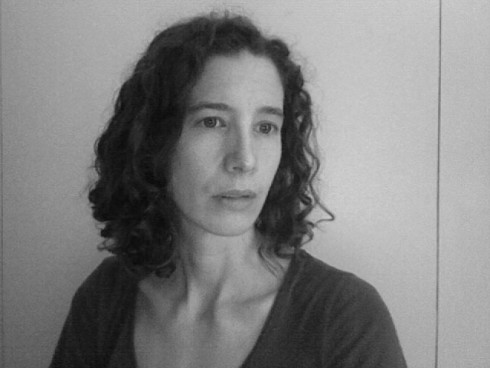 Frances Richard is the Pabst Endowed Chair for Master Writers.

Frances Richard is a poet, critic, and editor. She has published three volumes of poems: Anarch. (Futurepoem, 2013), The Phonemes (Les Figues, 2012), and See Through (Four Way Books, 2003), as well as two chapbooks, Anarch. (Woodland Editions, 2008) and Shaved Code (Portable Press at YoYo Labs, 2008). Her work has appeared in journals such as The Boston Review, The Brooklyn Rail, Conjunctions, and The Volta, as well as in anthologies including I’ll Drown My Book: Conceptual Writing By Women (ed. Caroline Bergvall, Laynie Brown, Teresa Carmody, and Vanessa Place, Les Figues, 2012) and Sixty Morning Talks: Serial Interviews with Contemporary Authors by Andy Fitch (Ugly Duckling Presse, 2014); recently, she contributed an Afterword to Manhattan Luck, a volume of previously uncollected works by Alice Notley (Hearts Desire, 2014). The Anarch. Film Project—an ongoing collaboration in which artists and writers produce short films in dialogue with the book of the same name—can be viewed at http://anarchfilmproject.tumblr.com/.

Richard’s criticism has been published in Artforum/Bookforum, Aperture, BOMB, Hyperallergic, The London Review of Books, and The Nation, as well as in exhibition catalogues produced by Creative Time, Inc., the Guggenheim Museum, Independent Curators International, and the Whitney Museum of American Art. She has been a regular contributor to “Goings On About Town” at the New Yorker, and an editor at Cabinetmagazine and at the literary journal Fence. She is the author, with Jeffey Kastner and Sina Najafi, of the exhibition catalogue Odd Lots: Revisiting Gordon Matta-Clark’s “Fake Estates” (Cabinet Books, 2005).

Her awards include the Marlboro Prize in poetry, a Greenwall Fund grant from the Academy of American Poets, an Arts Writers Grant from the Andy Warhol Foundation/Creative Capital, a Research Grant from the Graham Foundation, and the Editors Prize for Reviewing from Poetry Magazine, as well as fellowships at the MacDowell Colony, the Corporation of Yaddo, the Djerassi Resident Artist Foundation, the Dora Maar House, the Farpath Foundation, and the Canadian Centre for Architecture. She teaches at the California College of the Arts, and lives in Oakland.

I am interested, as a poet, in moving from question to question, turning and turning an image or idea or object, watching thoughts meet their limits and morph into something else. The object of inquiry might be a physical sensation, a memory, a scene on the subway, a failure of justice, a quality of light, a Bic lighter in a sea-bird’s belly… or all of these, freely laminated together. But writing has a strange relationship with perception. When a reverie or texture or surge of adrenalin passes into language, it turns, subtly, into something else—and stable assumptions about “self” or “reality” glitch and reconfigure. The poem reveals itself as social and coded, as dependent on its form in words as the initial impulse was on nerves, fantasy, history, atmospheric perspective, and/or polyacetal plastic.

The same is true of trying to capture what we sense in pictures or any other visual art-form (sculpture, drawing, photography, film, video, performance). The image, like the poem, is a record of precise attention to concept and feeling, while at the same time it is always partial, marked by slips, approximations, rules, broken rules, silences.

So, in this residency with writers—and visual artists for whom writing is important—I’m imagining us playing with two processes:

1) Tracking, noting, plunging so deeply into what we notice that we find it nearly instantaneously changing shape,
and
2) using the overlaps and tensions between words and images to do this tracking and record these changes.

The day-to-day structure of the workshop will emerge in response to participants’ specific interests. But it will certainly include some combination of conversation, free writing, reading, response to visual cues (and, if you like, the making of visual notes), and one-on-one conferences. In addition to discussing our own writing, possible topics include examples of writers using images and artists using language, hybrid text/image projects, the page as a typographic visual field, nonsense language,  the semiotic sign or conventionalized system for notating meaning, and questions like: What kind of language is an image? What kind of image is a word?