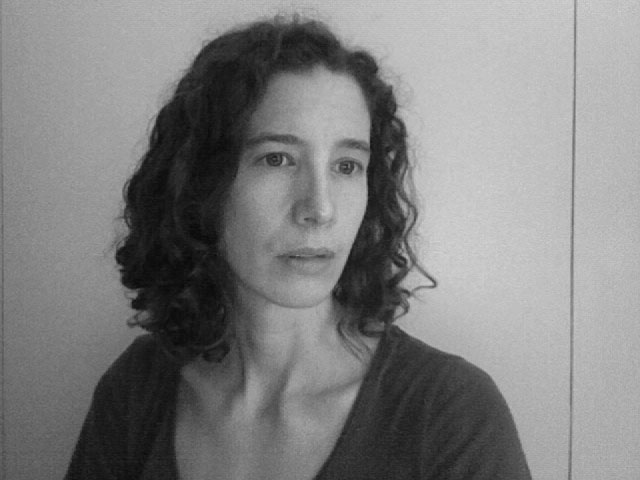 Frances Richard is a poet, critic, and editor. She has published three volumes of poems: Anarch. (Futurepoem, 2013), The Phonemes (Les Figues, 2012), and See Through (Four Way Books, 2003), as well as two chapbooks, Anarch. (Woodland Editions, 2008) and Shaved Code (Portable Press at YoYo Labs, 2008). Her work has appeared in journals such as The Boston Review, The Brooklyn Rail, Conjunctions, and The Volta, as well as in anthologies including I’ll Drown My Book: Conceptual Writing By Women (ed. Caroline Bergvall, Laynie Brown, Teresa Carmody, and Vanessa Place, Les Figues, 2012) and Sixty Morning Talks: Serial Interviews with Contemporary Authors by Andy Fitch (Ugly Duckling Presse, 2014); recently, she contributed an Afterword to Manhattan Luck, a volume of previously uncollected works by Alice Notley (Hearts Desire, 2014). The Anarch. Film Project—an ongoing collaboration in which artists and writers produce short films in dialogue with the book of the same name—can be viewed at http://anarchfilmproject.tumblr.com/.

Richard’s criticism has been published in Artforum/Bookforum, Aperture, BOMB, Hyperallergic, The London Review of Books, and The Nation, as well as in exhibition catalogues produced by Creative Time, Inc., the Guggenheim Museum, Independent Curators International, and the Whitney Museum of American Art. She has been a regular contributor to “Goings On About Town” at the New Yorker, and an editor at Cabinetmagazine and at the literary journal Fence. She is the author, with Jeffey Kastner and Sina Najafi, of the exhibition catalogue Odd Lots: Revisiting Gordon Matta-Clark’s “Fake Estates” (Cabinet Books, 2005).

Her awards include the Marlboro Prize in poetry, a Greenwall Fund grant from the Academy of American Poets, an Arts Writers Grant from the Andy Warhol Foundation/Creative Capital, a Research Grant from the Graham Foundation, and the Editors Prize for Reviewing from Poetry Magazine, as well as fellowships at the MacDowell Colony, the Corporation of Yaddo, the Djerassi Resident Artist Foundation, the Dora Maar House, the Farpath Foundation, and the Canadian Centre for Architecture. She teaches at the California College of the Arts, and lives in Oakland.